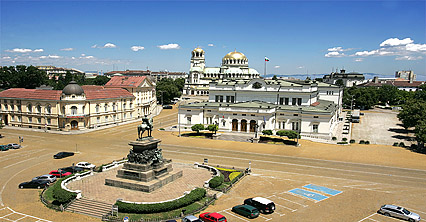 The President of the National Assembly Tsetska Tsacheva has sent on August 6th 2012 a condolatory address to the family and the relatives and friends of the President of the Bulgarian Academy of Sciences, Academician Stefan Dodunekov.

“I was deeply grieved by the news about the death of the great scientist and Bulgarian Academy of Sciences’ President Academician Stefan Dodunekov. Please accept on my behalf and on behalf of the deputies of the 41st National Assembly sincerest condolences and sympathy on the occasion of this great loss” writes the chair of the parliament.

Tsetska Tsacheva notes that we part with one of the most prominent Bulgarian scientists, whose persevering work represents a valuable contribution to the development of the Bulgarian mathematical science, a person of high social standing and professional authority, deeply esteemed. “The nomination of academician Dodunekov as the BAS president was linked with the hopes and expectations of many for the Academy reestablishment as modern and respectable scientific and research center. Its only time that prevented him from the realization of this ambitious and noble cause” she adds.

“We shall remember Acad. Dodunekov as scientist and teacher, who has left a deep trace in the Bulgarian science and who has gained a reputable place among the spiritual and scientific elite of the nation!  He will remain a high and inspirational example, for the scientists and mathematicians of Bulgaria and for the young generation in particular, of a person dedicated to his science and the well being and prosperity of Bulgaria and our society”, the chair of the National Assembly writes in the address.