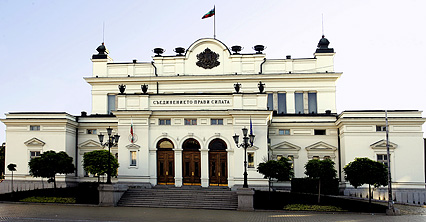 A national round table with participation of non-government organizations to discuss amendments to the Election Code provisions was held at the parliament at the initiative of its Vice-President Maya Manolova.

The proposals put forward at the forum will be summarized and submitted to the future parliamentary committee in charge of drawing the amendments to the Election Code. A special link with information about the changes will be set up on the Internet page of the National Assembly. Maya Manolova noticed that this was only the first meeting with the non-government sector on the topic.

The Vice-President of the National Assembly told the journalists that a complete overhaul of the Election Code should be made to take into account the great number of proposals on the part of the civil organizations. One proposal suggests to ease the registration procedure of independent candidates and to restore the preferential system of voting. The civil organizations expressed support for the registration of voters ahead of elections, the introduction of machine voting or for a closed monitoring of the printing and distribution of ballots.

At the round table proposed was also the introduction of mandatory voting, majority system of election and to limit the mandates of the national representatives to no more than two terms of parliament. The organizations had also requested equal media access for all participants in the elections. According to the civil organizations the electoral districts should be rearranged.