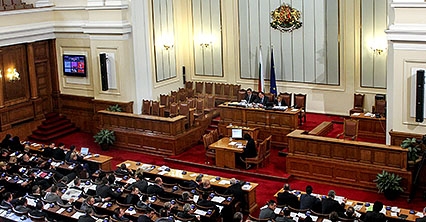 The 2014 Budget of the Republic of Bulgaria was adopted with 116 “yes” votes coming from the Coalition for Bulgaria and DPS; 78 lawmakers from GERB voted against; 17 members of “Ataka” PG abstained.

Prime Minister Plamen Oresharski defined the 2014 Budget as quite “tense” but manageable. He noticed that the financial situation of the state at this stage don’t allow for a more ambitious budget. He added though that ”as of next year the country will make the first step on the path of economic growth”. The parameters of the budget are set in way that favors higher social responsibility and support for the most vulnerable groups of citizens. The budget also allows more active policies in the field of education.

Plamen Oresharski noted also that the 2014 budget will start the long delayed health reform and will give a little fraiche air to the local governments. He promised to look at and consider all critical notes made during the first reading of the law.