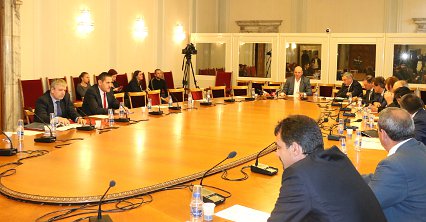 The two candidates defended their nominations on the basis of their legal experience and positions held in the judiciary. Konstantin Penchev has pointed to his work as head of the Supreme Administrative Court and as Ombudsman while Mihail Kozharev his work as head and judge in the Supreme Administrative Prosecution. The latter explained that his work in the SAC had been comparable with the one of constitutional judges as he had ruled out on legal acts of institutions, other than the National Assembly, which had been in contradiction of the Constitution. Mihail Kozharev stated that he had accepted the nomination as it is consistent with his whole life and professional experience in many legal areas.

The Legal Affairs committee will table at the National Assembly report on the hearings of the candidates.