National Assembly
of the Republic of Bulgaria
News
Representatives of public institutions, NGOs and experts discuss in parliament possible solutions to reduce aggression in society 16/11/2017 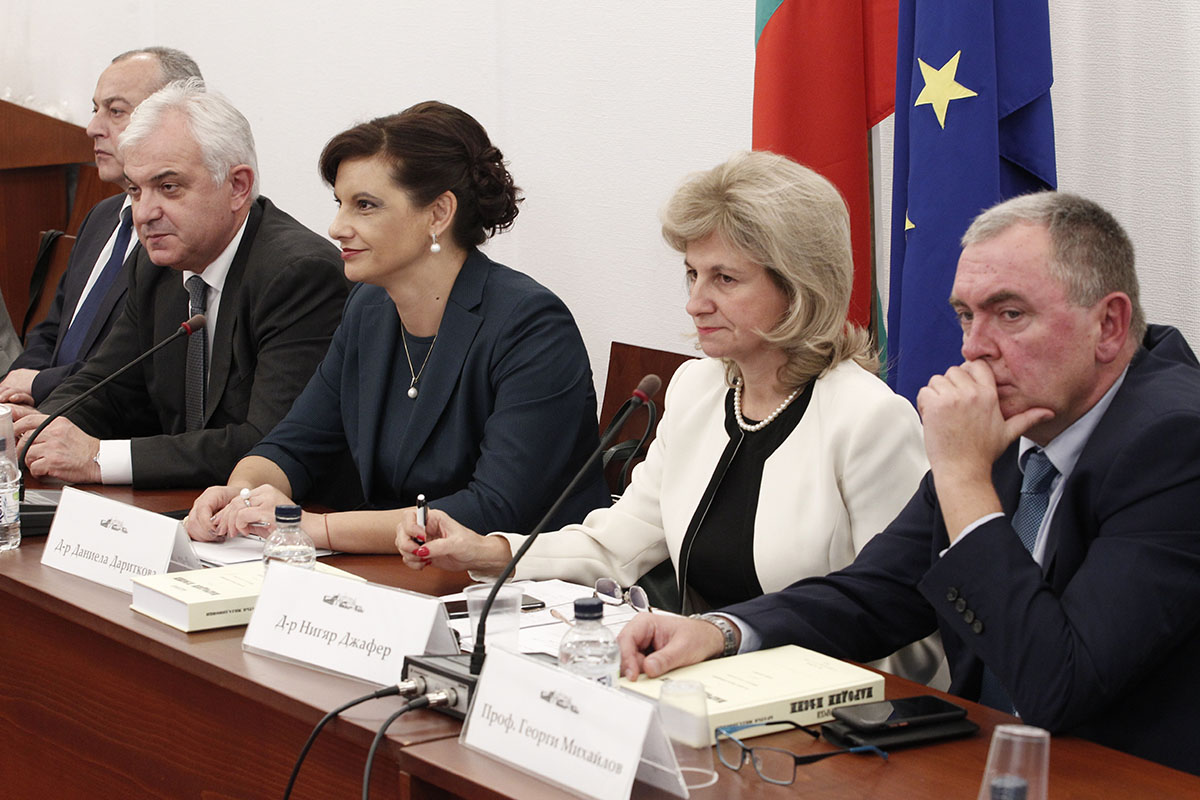 Representatives of public institutions, NGOs and experts discussed at a round table in parliament possible solutions to reduce and counter aggression in society. The discussion was initiated by MPs Prof. Georgi Mihaylov,, Dr Daniela Daritkova, Dr Nigyar Dzhafer and Yavor Notev.
Violence in society has not risen, but images of violence are more accessible and the forms of aggressive behaviour are more numerous and cynical, said experts at the event.
Television shows mostly violence, news programmes pay more attention to news with a lot of violence, images of violence are more accessible and we wrongly over-expose violence, said Prof. Vihra Milanova, Head of the Psychiatric Clinic at Alexandrovksa Hospital. She believes that the focus should be on prevention.
I would claim that today’s children are hardly more aggressive than children 20 or 30 years ago, but we have the impression that today’s children are more aggressive, because the forms of aggression are different, more cynical, said forensic psychologist Rosen Yordanov. In his words, the problem with aggression should be sought with the adults, not children.
Some of the causes outlined at the discussion included the lack of education, social inequality, the high migration index and alienation between people in the age of the greatest possibilities for communication. Another problem is the citizens’ lack of respect to the institutions. It was mentioned that there was no trust between teachers and parents. The role of the media for showing negative role models was also noted. According to experts from the system of higher education, it is necessary to teach communicative skills.