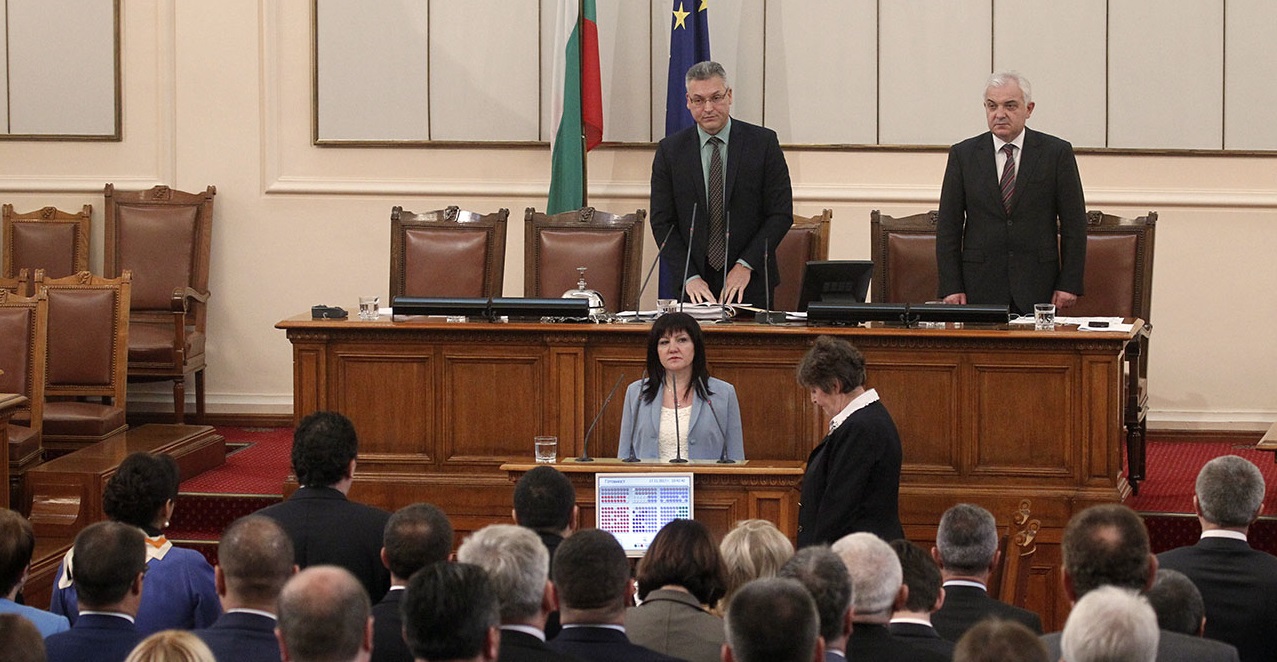 Tsveta Karayancheva has been elected Speaker of the 44th National Assembly with 138 votes in favour, 3 against, and 71 abstentions.
She took over the post after Dimitar Glavchev reisgned as Speaker of Parliament earlier today.
I will work to make everyone feel equal, said Tsveta Karayancheva after she took oath as Speaker of the National Assembly. “Let us be wise, humble, voice our opinion and defend our views, always thinking about Bulgaria!” she called upon the MPs.
Here is the place where different opinions should be heard, but they should be based on policies and not personal attacks, said Tsveta Karayancheva. We are politicians, we are people elected to represent certain areas of the country, and each MP should be respected, she emphasised. When there are personal attacks, when decorum is at stake, there should be someone to quell the emotion, and this is the job of the Speaker of Parliament, said Tsveta Karayancheva. Perhaps there will be emotional moments sometimes, but we should be wise, far-sighted, because what lies ahead of us in the next few months is a rare chance which we have been given only after 10 years of membership in the EU, she added.
Tsveta Karayancheva’s nomination was presented by Tsvetan Tsvetanov, Chair of the parliamentary group of GERB political party. Karayancheva worked as a municipal councillor, and since 2009 she has been a member of Parliament and participated in the work of the economic, regional and agricultural committees, he said. Since 2017 she has held the position of Deputy Speaker of Parliament. This is a worthy nomination, said Tsvetan Tsvetanov.