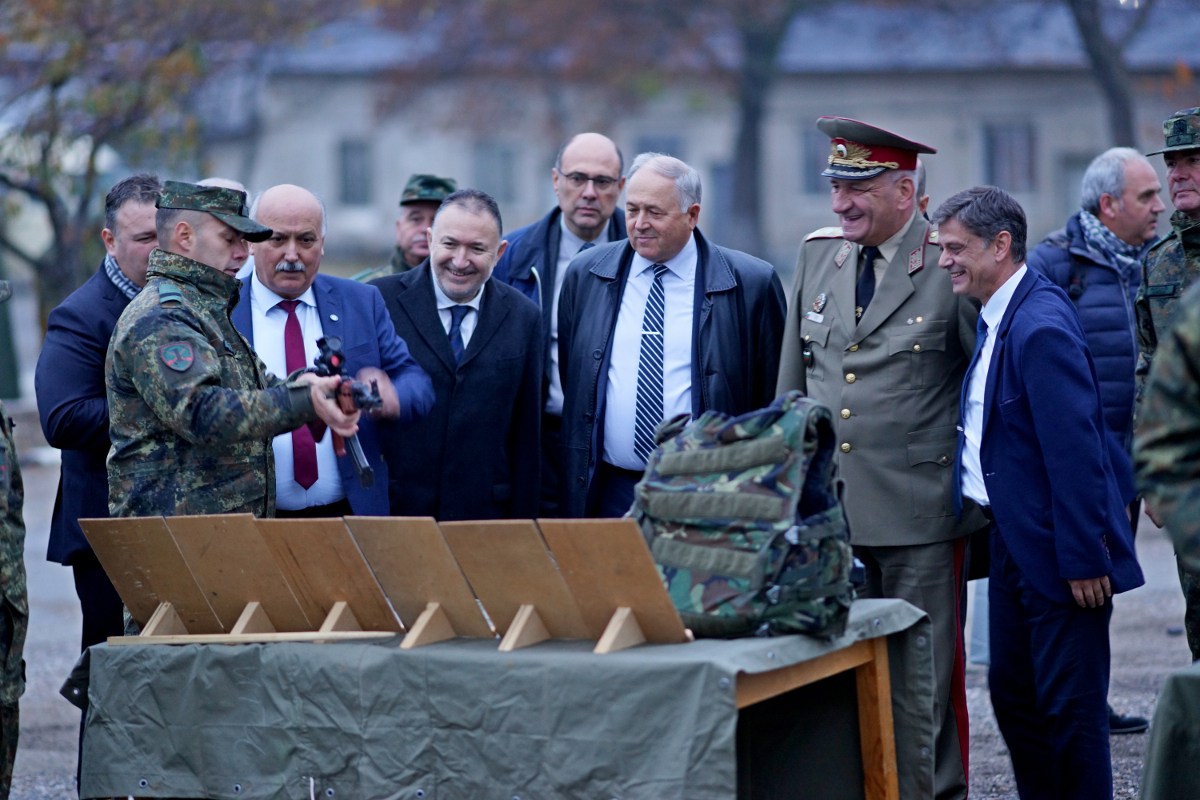 Chair of Defence Committee general Konstantin Popov addressed the personnel of 61st mechanised brigade in Karlovo celebrating the Day of the Infantry, 19th November, and awarded Infantry Commander major general Mihail Popov with an honorary plaque of the National Assembly. The Defence Committee held an off-site meeting at the headquarters of the mechanised brigade on 17 November 2017.
In Karlovo, the MPs met with personnel of the 61st mechanised brigade, which is a leading formation of the infantry. The brigade assists the Ministry of the Interior’s Border Police General Directorate in protecting the national border; some of its personnel participate in the Bulgarian contingent in NATO’s Decisive Support Mission in Afghanistan.
The MPs from the Defence Committee saw the weaponry and military equipment of the brigade in the context of the project for modernisation of the infantry.
Chair of Defence Committee Konstantin Popov and members of the committee visited the town hall in Karlovo and met with mayor Dr Emil Kabaivanov and the municipal government. The representatives of the local government emphasised that they had very good interaction with the command of the brigade. They discussed opportunities for streamlined and more efficient decision making for providing help to the population in a state of emergency. Five formations from 61st mechanised brigade are on standby and fulfil urgent tasks almost on a daily basis, managing and/or overcoming the consequences of disasters (industrial accidents, extinguishing fire, floods, severe winter conditions, as well as reconnaissance and disposal of unexploded ordnance).
General Konstantin Popov addressed the mayor of Karlovo on the celebration of the 180th anniversary of the birth of Vasil Levski. In his words, the lessons in patriotism are essential in order to motivate men in uniform even today.
The MPs laid flowers at the monument of the Apostle of Freedom in Karlovo.