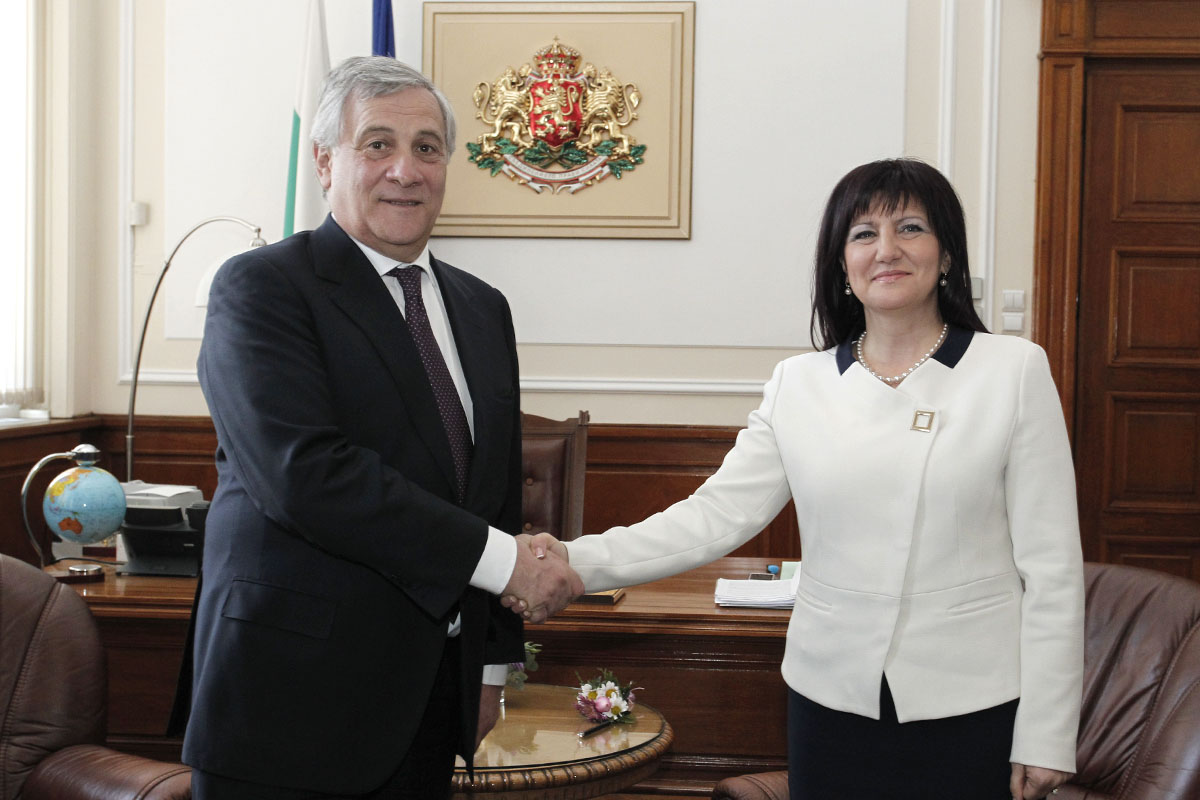 Speaker of Parliament Tsveta Karayancheva has met President of the European Parliament Antonio Tajani, who is visiting Bulgaria.
I highly appreciate your visit only days before the beginning of the Bulgarian Presidency of the Council of the EU, said Tsveta Karayancheva. Your visit today, the day of the Christian family, is also symbolic because the European Union is our common home. She said that our ancestors had left to our children our rich cultural and historical heritage.
President of the European Parliament Antonio Tajani said that cooperation between the European Parliament and national parliaments was of key significance. I have always emphasized that the relations with the national parliaments are extremely important because this is how we can hear the voice of European citizens. I believe that it is very important to have an active dialogue with you because this is of key importance for the future of Europe. On the day of the Christian family, we should know where we are going, but we should also know our past, said Tajani.
Tsveta Karayancheva mentioned the important role of the relations between the Bulgarian and the European parliaments. We should work together because we represent our citizens and should protect their interests, she added.
In her words, our country takes the presidency as an important national task, which can present Bulgaria as a prepared and honest mediator in the forthcoming debates on the future of the union.
In you we can see a natural partner in our efforts to have a successful parliamentary dimension of the Bulgarian presidency, added the Speaker of the Bulgarian Parliament.
Both sides shared the opinion that the current visit to Sofia would contribute to the further cohesion between the Bulgarian and the European parliaments and deepen the fruitful cooperation between the two institutions during our presidency.