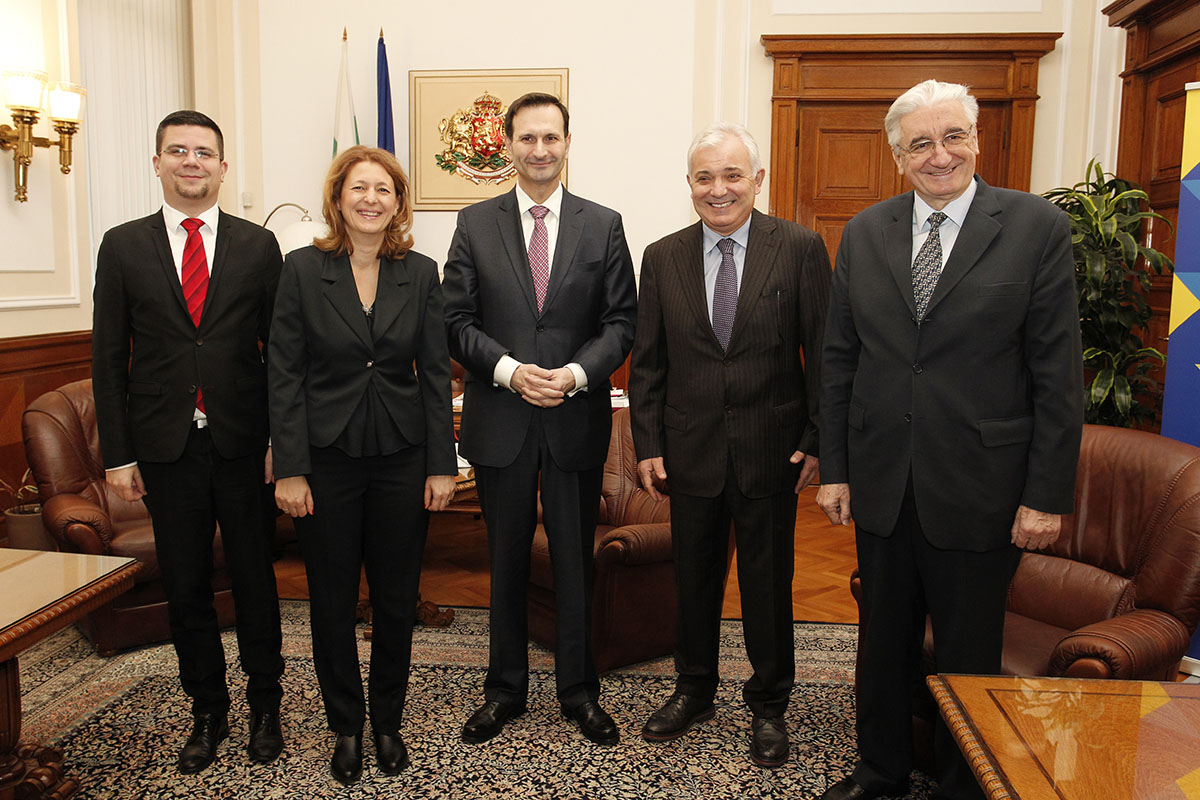 A delegation of the Croatian Foreign Affairs Committee, led by its chair Miro Kovač, is on a visit to Bulgaria at the invitation of Foreign Policy Committee Chair Dzhema Grozdanova.
At the meeting with Croatian MPs, Deputy Speaker of Parliament Yavor Notev mentioned the closeness between the two nations and countries and expressed confidence that clear and concrete results towards deepening cooperation would be achieved during the visit. There is spiritual closeness between Bulgarians and Croatians, and it is our responsibility to bring this closeness into the economic relations, as it is in the area of tourism, he said.
Bulgaria’s preparation for the forthcoming first Bulgarian Presidency of the Council of the EU and the Western Balkans as its key foreign policy priority were discussed at the meeting. As emphasised by Yavor Notev, the Western Balkans should take their place on the map of united Europe and the people who live there have a vested interest in it. The problems that the region is facing are common problems and their solution is in the interest of all states, he said.
Croatian Foreign Affairs Committee Chair Miro Kovač said that Croatia and Bulgaria can achieve a lot together, not only in terms of bilateral economic cooperation, but also by implementing a common integration policy for the Western Balkans. This can be our common positive role, he added. Miro Kovač informed about his country’s intention to make concrete proposals by May, when the EU-Western Balkans Summit will be held in Sofia.
The Croatian Foreign Affairs Committee delegation had a meeting with the parliamentary Foreign Policy Committee.
Committee Chair Dzhema Grozdanova explained to the Croatian MPs the priorities of the forthcoming first Bulgarian Presidency of the Council of the EU. They are the topics about the future of the EU and young people, digital economy and digitalisation, the EU prospect for the Western Balkan states and the security and stability in Europe, she said. Bulgaria could share the experience it will gain during the forthcoming presidency with Croatia which will take over the EU in 2020, said Dzhema Grozdanova. She mentioned the Estonian Presidency’s practical help for our country in this regard.
Croatian Foreign Affairs Committee Chair Miro Kovač said that the presidency of the Council of the EU was a big challenge and asked Bulgarian MPs about their preparation for the presidency. Dzhema Grozdanova answered that there was a small but well-functioning team with the National Assembly’s administration, and that everyone on the team was directly involved in some of the events within the parliamentary dimension of the Bulgarian presidency.
The topics that will be discussed during the Bulgarian presidency are important and very interesting to Croatia, said Miro Kovač and asked about Bulgaria’s measures to prevent young people from leaving the country and moving to other European regions. Foreign Policy Committee member Georgi Mihaylov said that the demographic crisis was not a problem only for Bulgaria or the region, but for Europe as a whole. Four of the countries from Western Europe, including Bulgaria and Croatia, are among the top nine countries in the world with the worst demographic indicators, he said and added that Bulgaria had adopted a strategy for overcoming the negative trends.
At the meeting, Foreign Policy Committee Chair Dzhema Grozdanova mentioned the significance of the cooperation between Bulgaria and Croatia in different international organisations. As stated by her, the good interaction between Bulgaria, Romania, Greece and Croatia would help these countries uphold their views as members of the EU and NATO.
The programme of the visit includes meetings with Minister of the Bulgarian Presidency of the Council of the EU in 2018 Lilyana Pavlova and Deputy Prime Minister of the judicial reform and Foreign Minister Ekaterina Zaharieva.