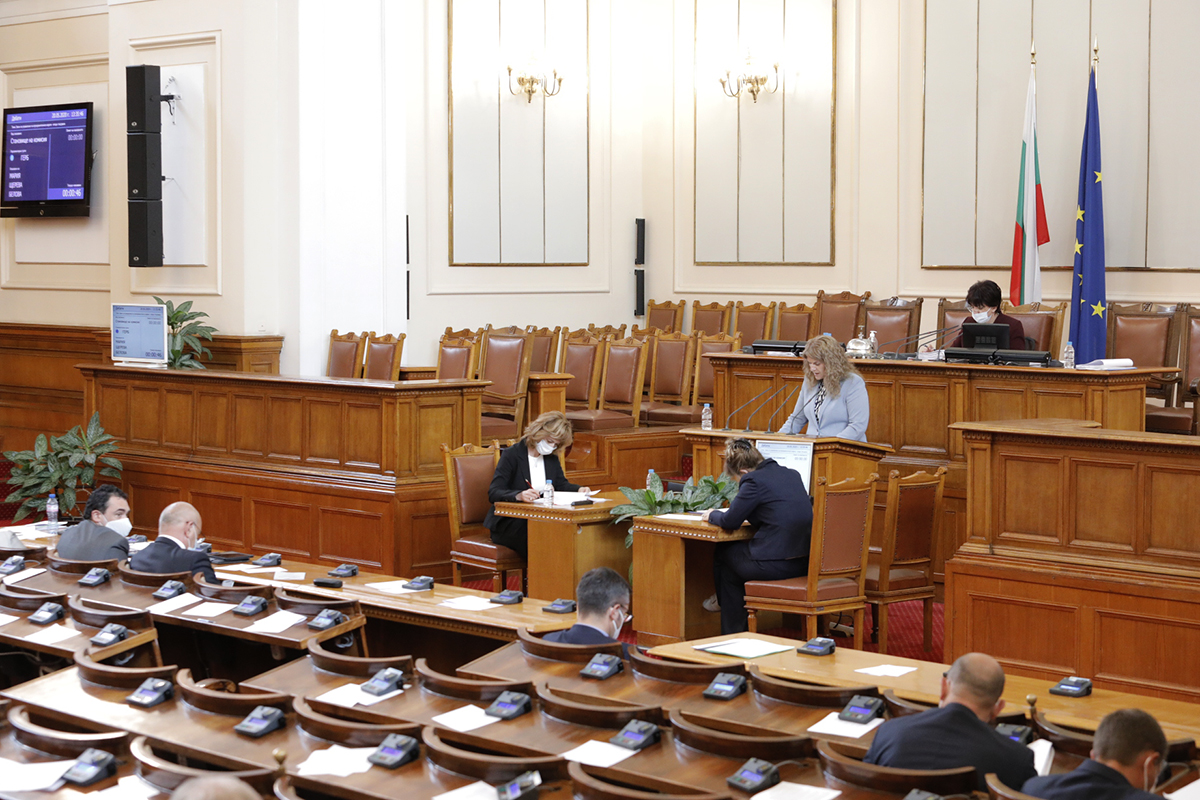 The National Assembly adopted a declaration on the administrative and territorial reform in the Republic of Ukraine and the protection of the rights and integrity of the Bulgarian community. The position was approved by a vote of 109 in favour to none against and 19 abstentions,

The National Assembly calls on the Government to propose the organisation of an urgent intergovernmental meeting to discuss and identify concrete measures and actions to protect the rights and integrity of the Bulgarian minority in Ukraine, including through the renewal of the Protocol on Cooperation and Exchange between the Ministry of Education and Science of the Republic of Bulgaria and the Ministry of Education and Science of Ukraine for the school years 2020/2021, 2021/2022, 2022/2023 and 2023/2024 regulating the study of the Bulgarian language; the opening of a Bulgarian High School in Odessa and a Ukrainian Cultural Centre in Sofia, as well as the completion of repairs of the road infrastructure in the Bolhrad, Tarutyne and Artsyz regions.

The position also states that the National Assembly of the Republic of Bulgaria insists that solving the problems of the Bulgarian community in Ukraine is a priority issue that should be resolved in the spirit of the excellent relations between the two countries and respecting the European values.

After the vote, the President of the National Assembly Tsveta Karayancheva announced that the declaration will be sent immediately to the Ukrainian ambassador in our country.