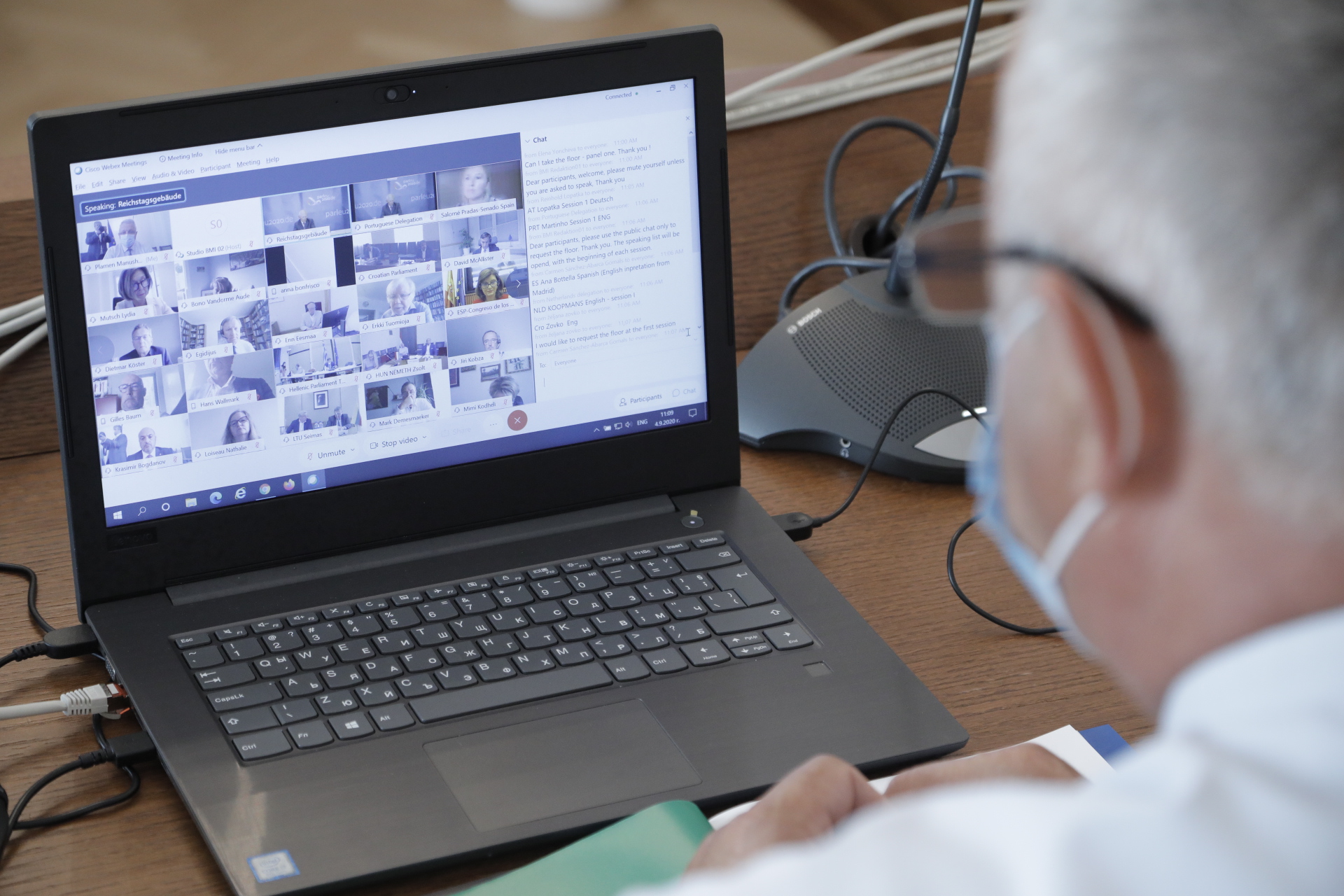 On 4th September the Bulgarian National Assembly's delegation took part in an interparliamentary videoconference on Common Foreign and Security Policy (OFSP) and Common Security and Defence Policy (CSDP) which was held during the parliamentary meeting of the German EU Presidency.  The Bulgarian delegation was headed by Plamen Milushev, Valeri Zhablyanov and Krasimir Bogdanov who are members of the Foreign Affairs Committee, and Members of Parliament from the Defence Committee. Topics of the discussion included the state and challenges of EU's common foreign affairs, as well as prospects for development of CSDP.
The conference was opened by Wolfgang Schäuble - the Chairman of the German Bundestag, Dietmar Nietan - the Chairman of the German parliamentary delegation and David McAllister - the Chairman of the EU Foreign Affairs Committee.  The discussion with Josep Borrell, high representative of the EU for CSDP matters, was the focus of the programme. Among the issues discussed were the processes in the Eastern Mediterranean, Libya, the Middle East, Belarus, Ukraine, as well as the state of relations with the United States, Russia and China.