National Assembly
of the Republic of Bulgaria
News
Tsveta Karayancheva: Women in uniforms contribute to the balanced development of adequate and innovative approaches towards dispute resolution in all fields with their skills, stoicism, self-denial and strength of spirit 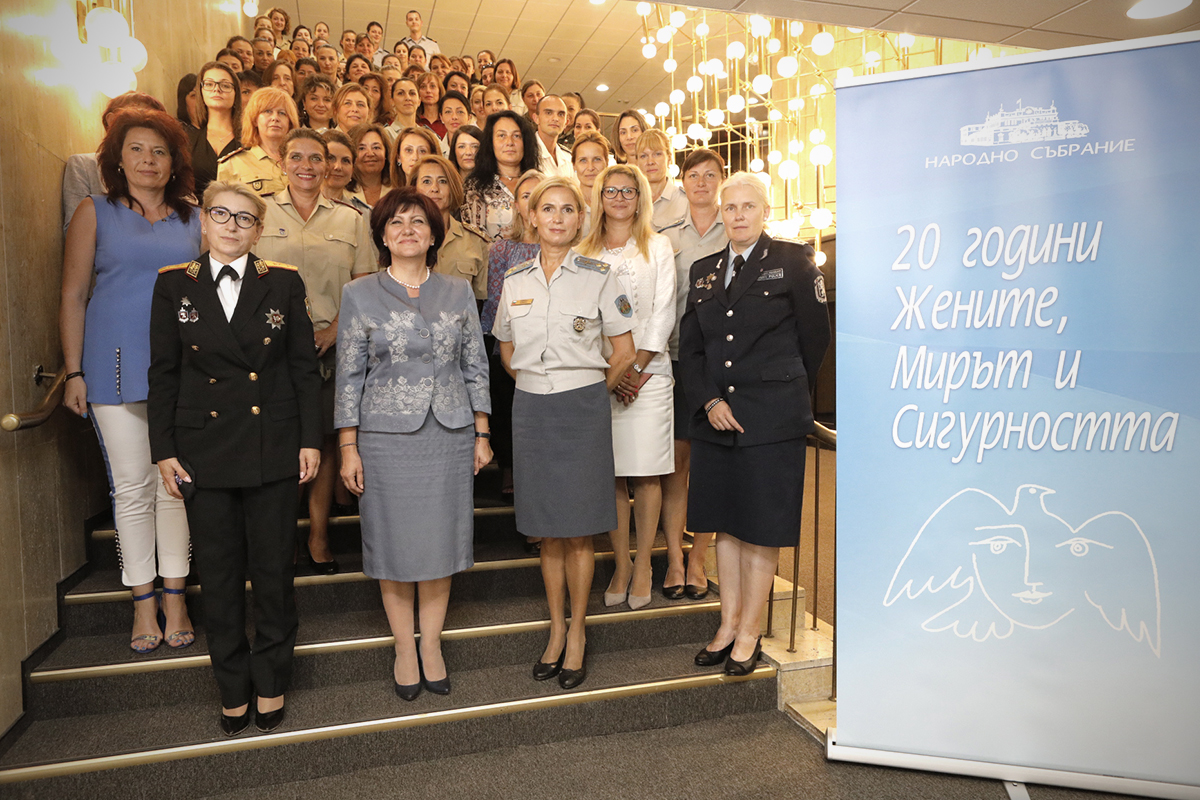 Women in uniforms contribute to the balanced development of adequate and innovative approaches towards dispute resolution in all life spheres with their skills, stoicism, self-denial and strength of spirit. This National Assembly's President Tsveta Karayancheva stated at the official opening of the 20 Years - Women, Peace and Security discussion.  The event has been organized on the occasion of the anniversary of the adoption of United Nations Security Council Resolution 1325.
Tsveta Karayancheva highlighted the importance of the forum in order to outline better women's role not only in the Security sector, but also in all other spheres of political, economic and social life.  Parliament's President also noted that women's efficiency in social life is incontrovertible in dispute resolution, overcoming crisis, negotiating and joint efforts to establish peace.  For this reason, Resolution 1325 is the first international document which directly unites the role of women and peace establishing processes and it refutes those who question their contribution and role, belittle their participation in predestined missions, Tsveta Karayancheva stated.
During the discussion the National Assembly's President added that the innovative for its time text emphasizes on the role of women in negotiating, convergence of points of view and the transition to a normal life after military actions.  Tsveta Krayancheva reminded about the Law on Equality between Women and Men adopted by the legislative institution in 2016, as well as the national plan for the implementation of UN Security Council Resolution 1325 developed in 2020.
According to her, women who work in security and defence services are not only an example for next generations, but also a guarantee that state efforts are not periodic because they have not been allowed there by someone's courtesy, and have conquered their places with professionalism, will, perseverance and their actions show they, on an equal footing with men, defend the honour of epaulettes.
Representatives of the Ministry of Foreign Affairs, Ministry of Defence, as well as of other authoritative bodies under the direct authority of the Minister of Defence and the Bulgarian Army, Bulgarian Armed Forces Women Association, higher military school bodies and etc. attended the meeting.