National Assembly
of the Republic of Bulgaria
News
Tsveta Karayancheva: The date of 4 April was chosen by the President out of stubbornness, he wanted to justify his pointless consultations 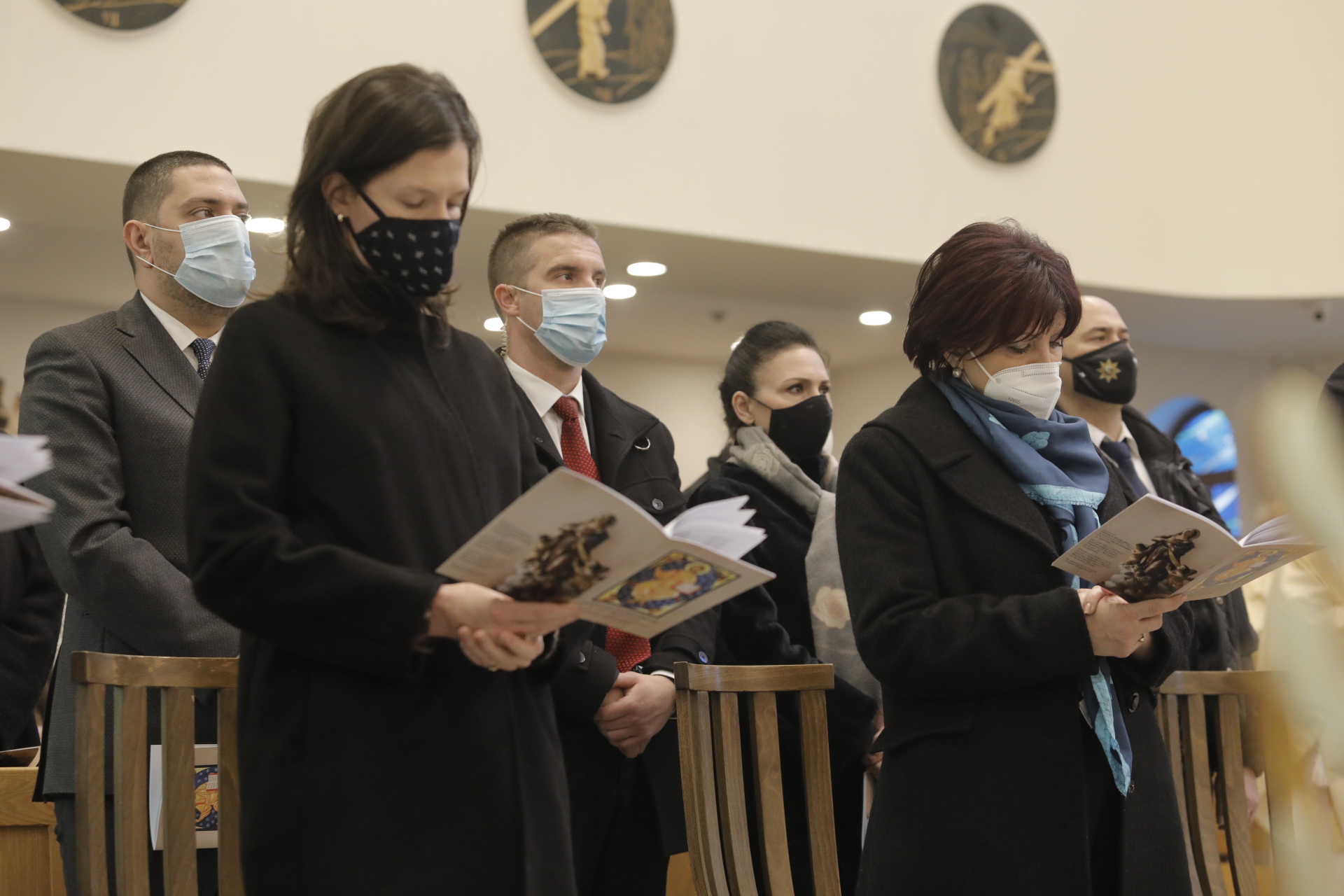 Tsveta Karayancheva: The date of 4 April was chosen by the President out of stubbornness, he wanted to justify his pointless consultations.
Of course we have no complaints against the President's decision to schedule the parliamentary elections on 4 April, that is his right. We are surprised only by his decision out of stubbornness. In doing so, he wanted to justify the pointless consultations he conducted. The topics which were discussed at the meetings had already been debated within the society for more than 10 years. That is what the President of the National Assembly Tsveta Karayancheva commented for journalists. At the invitation of the Catholic Church in Bulgaria she attended the Holy Mass and the Ceremony for Episcopal Ordination of His Eminence Monsignor Rumen Stanev at the Roman Catholic Cathedral “St. Joseph” in Sofia.
“However, the date of 4 April is not suitable for the Catholic and Armenian communities in Bulgaria, which celebrate Easter right then. The same applies to the Jewish community, because 4 April is the last day of the Passover. Besides, the students are on vacation. You cannot repeat for months that there should be high voter turnout, while at the same time your actions say otherwise”, Karayancheva said. She added that after the initial explicit request of the President Rumen Radev regarding the elections to be held on 28 March, the health authorities and the electoral administrations have started their preparations for the vote precisely on this date.
“The President believes that the government should have resigned as early as September because the people asked for it. Many Bulgarians, however, also wanted the resignation of Rumen Radev. They insisted on early presidential elections”, the President of the Parliament noted. She specified that if the Cabinet had resigned in September, the country would not have a budget, there would be no funds for health and socio-economic measures, which in this severe crisis would be equivalent to chaos. “The government of Boyko Borisov, however, got the situation under control well, imposed the most adequate measures and at present the results are available. With the most liberal restrictions, we have a very low incidence rate, and the pressure on medical establishments is constantly decreasing. We made the right decision”, Tsveta Karayancheva was adamant.