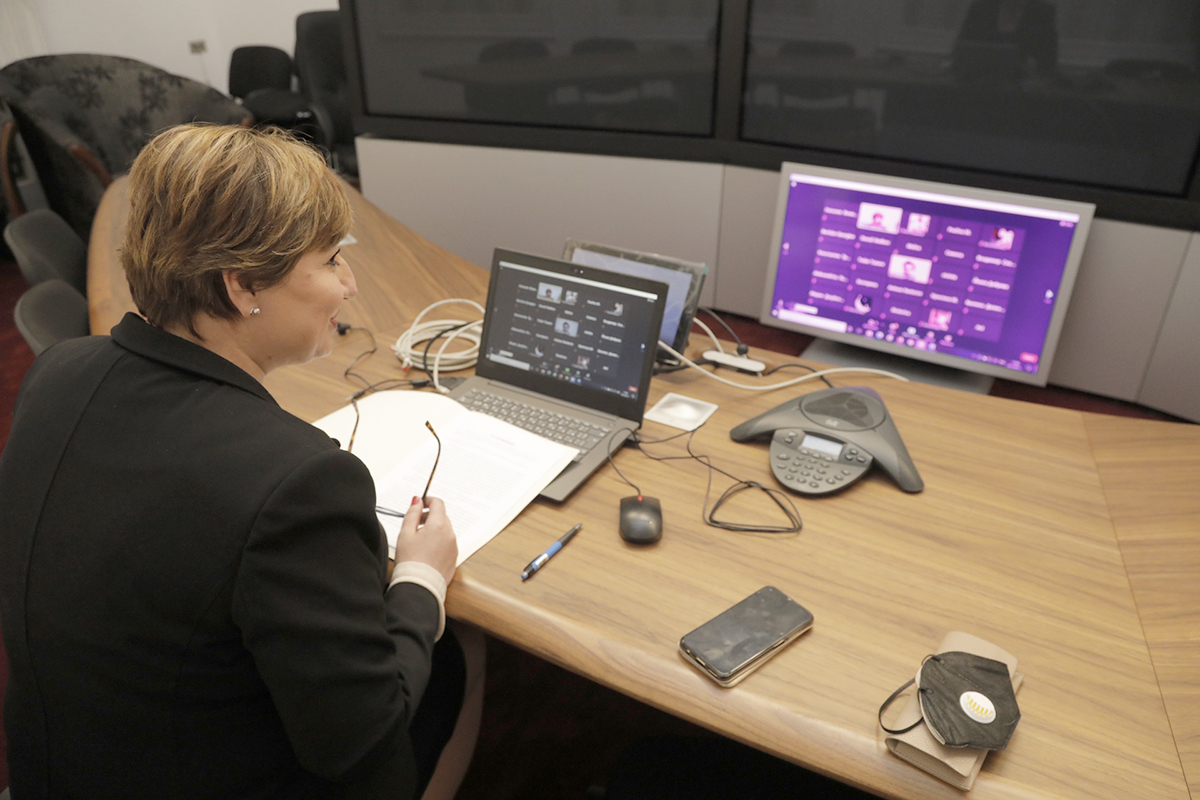 More than 100 Law students from Sofia University “St. Kliment Ohridski” participated in the virtual tour of the National Assembly. Apart from learning interesting facts from the history and the activity of the Bulgarian Parliament, they had the opportunity to speak with the Chairperson of the Legal Affairs Committee of the 44th National Assembly Anna Aleksandrova.
Anna Aleksandrova presented detailed information about the legislative process in the National Assembly. She explained in detail the path the bills go through – from their submission to their final adoption. “The Legal Affairs Committee is one of the busiest in the National Assembly, it has the most sessions and deals with the most difficult bills,” Anna Aleksandrova emphasized. She pointed out that when adopting bills, the MPs rely on experts in the respective field and request the opinions of all interested parties. “Our aim is to create legal regulations that will benefit all citizens,” added the Chairperson of the Legal Affairs Committee.
During the virtual tour the students were informed that in connection with the anti-epidemic measures taken in the country since March 2020, the National Assembly has suspended educational visits to the Bulgarian Parliament. In early 2021, the virtual tour form via a video conferencing platform was prepared and implemented and several such tours have already taken place.
The students had the opportunity to explore the buildings of the Bulgarian Parliament in detail. They “peeked” into several halls, including the plenary halls, the lobbies, the exhibition venues, the meeting rooms of the parliamentary committees. Special attention was paid to the historical building of the National Assembly, where for 136 years the meetings of the legislative institution were held.
What were the motives for moving the sessions of the National Assembly to a new plenary hall, why the main colour in the new hall is blue, as well as what the historical building of the Bulgarian Parliament will be used for were among the questions the students asked during the visit.
More information about the virtual tours of the National Assembly can be found on the website of the legislative institution at: https://www.parliament.bg/bg/onlinevisit.